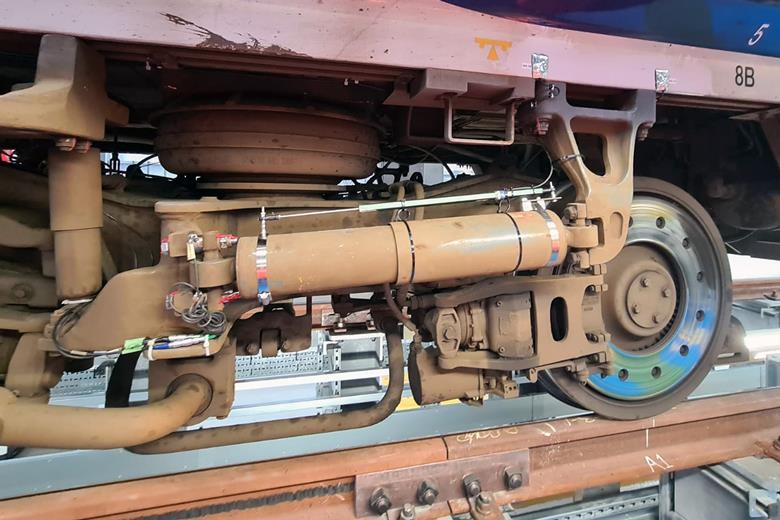 UK: All but two of Northern’s CAF Class 195 diesel and Class 331 electric multiple-units are now back in service, after analysis of the causes of the cracks discovered in April and the development of a modification that is being rolled out across the Class 195 fleet.

In early April Northern withdrew a number of the multiple-units from service following the discovery of cracks in the T-sections where the yaw damper brackets are connected to the underside of the vehicle bodies. 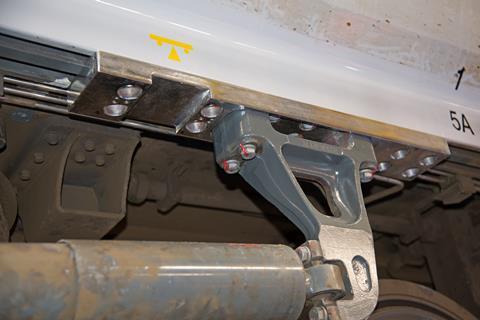 Detailed analysis of the causes of the cracks was led by specialists from CAF in Spain. Instrumentation including strain gauges fitted to set 195 002 demonstrated that excessive forces were only being seen on powered bogies on the diesel units, and further investigations have confirmed that the cracking problem is not being seen on the electric sets.

This has also reduced concern about any impact on TransPennine Express’s CAF-built Class 397 EMUs and MkVa coaches and Caldeonian Sleeper’s MkV fleet.

The modification to the Class 195 DMUs involves fitting a milled steel spreader plate between the yaw damper brackets for the powered bogies and the T sections. This distributes the load from the yaw damper more evenly. 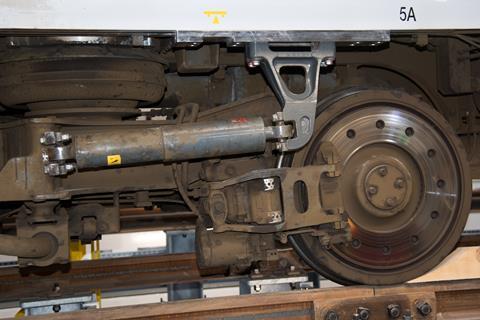 The initial work has been carried out on trains taken out of service with visible cracks, but the modification is expected to be rolled out across Northern’s full fleet of 58 DMUs.

All 43 Class 331 EMUs were back in service by June 8 and just two Class 195s were awaiting attention, with 195 020 still to go through non-destructive testing prior to modification and 195 121, the first unit to show the cracking that led to the checking of all other sets and which requires the most extensive repair, still stopped at Newton Heath depot in Manchester while CAF scopes the work which needs to be done.
#Jernbanenytt
#jernbane
#jernbane.net
@jernbane.net
Svar på dette innlegget Siter dette innlegget